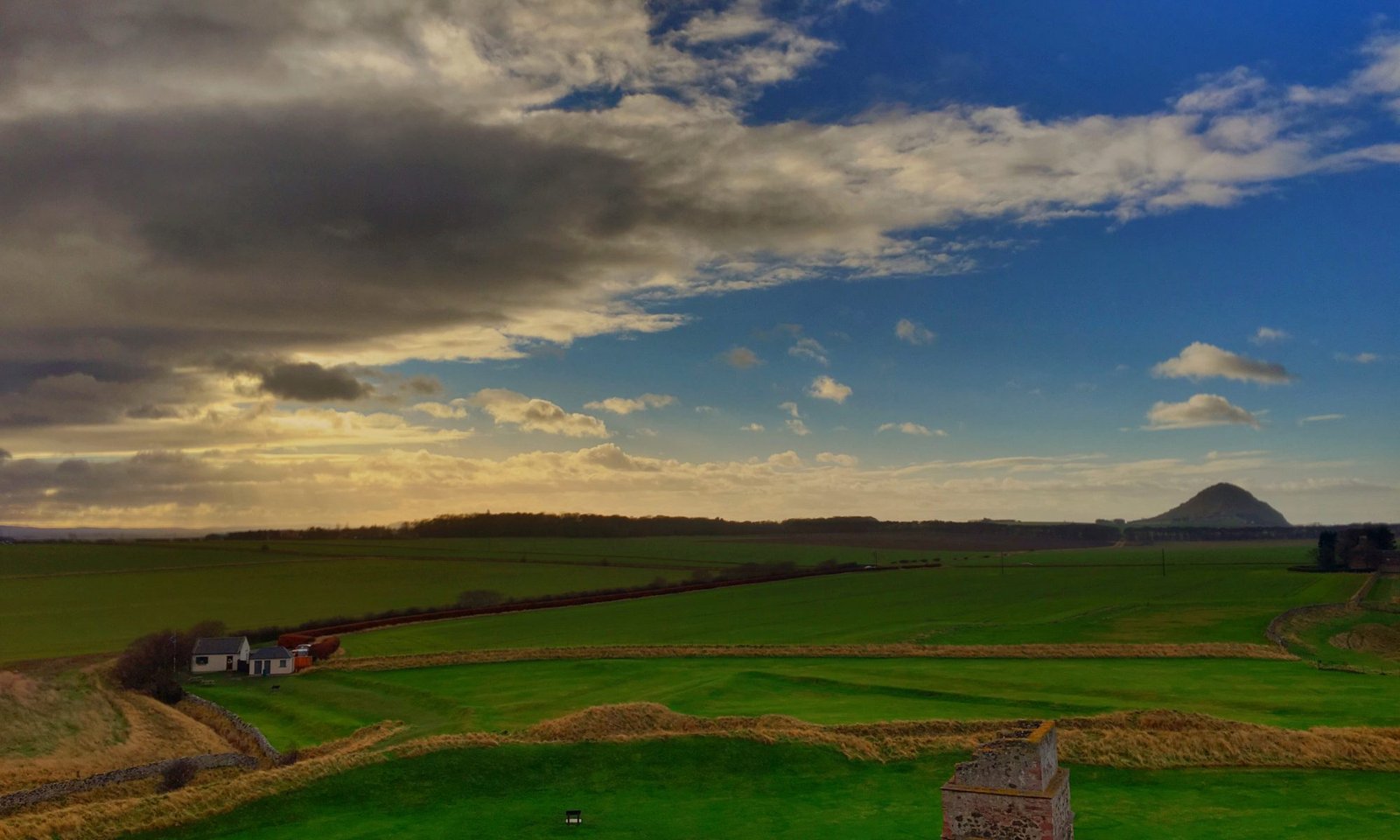 Earlier I posted: “Accidentally broke into a castle today.” This was a lie. Sort of. I fabricated the statement to increase my crime score while dodging total responsibility for trespassing. Two whopping exaggerations.

The break-in wasn’t actually all that nefarious, and it was totally intentional.

But the post is true in how accurately it describes the way I felt at the time.

In practice “not exactly accidentally not quite breaking into” a castle feels way more like “accidentally breaking into a castle” than anything else. Subjective experience-wise, these are the only words for the job. An inside job. A siege and heist of zero consequence. Something mischievous.

North Berwick is my soul. I have somehow been around since September without taking the 30 minute train to this wild rocky shore, whose beach you can follow for a couple hours to reach not one, but TWO fortresses. There’s the castle itself, but before getting there you’ll also come across a barbwire fenced-in concrete compound, which I think is either a power station of some kind or a bunker from WWII.

Whatever it is, it’s not on Google maps. And, while penetrable, they take their fencing seriously. I did not get any good pictures of this fortress because I am a bad person. Here’s a pretty beach instead.

I chose the modern fortress as my point of ascension because I wanted to see it up close. But also because coastal walks and mountain hikes temporarily cure my diabetes and I was going crazy low crazy fast. Not the sort of conditions under which I want to skirt a narrow shore where the sticky fingers of ten foot waves obliterate themselves against slippery boulders.

Plus, scaling Scotland hills is the BEST. It’s like climbing up sponge cake. Sleeping on this grass would be comfy as any fine bed.

Up top I found the fenced-off fortress surrounded by farmland. A low stone wall wrapped along the cliffside as far as I could see. So I could either turn back and go a half hour out of my way, or hop the wall and cut across country.

This brings us to the “accidentally” part. I hadn’t intended to break into the castle, but I was too medically concerned (with the crazy lows and all) to waste more time. Also lazy. Fine. True. By the time I reached the castle I was already two walls and a fence into my siege, so why stop there?

However, I can’t claim full crime-score on this because I also have a membership card that would have admitted me for free had I gone around to the gate.

In conclusion, I present my case before the mercy of the court, who neither cares whether or not I fling around dramatic figurative language, nor requires any excuse for sneaking into a place they’d have let me in anyway.

Want a free copy of my first novel? Sign up to get The Adventures of the Imagination of Periphery Stowe sent to your inbox.